We’ve now completed 2 weeks of detoxing by using the IonCleanse by AMD footbath. We had all started off on the same two day on, one day off schedule for Autism, but found that it didn’t suit all of us. I had a major detox reaction which wiped me out completely for a day, and took another 3 days to recover. I’ve now gone to the regular schedule for adults and am only cleansing two- three days a week.

Our BuddyBoy who was initially reluctant to get his feet into the bath has now become a footbath cleansing pro. 🙂  While we fill up his footbath, we let him know that it will be his turn shortly, and he will come out and supervise the activity, sometimes even taking a seat on his chair already and waiting for us to put the footbath

in the right place. He has no hesitations in sticking his feet in, and leaving them in there. The itching that he experienced during the first week has subsided, and his feet are no longer getting red on top (like a hives reaction). We have now gone up to 20 minutes which is his targeted time, and he’s perfectly happy with that. It blows me away every time I see it!

The IonCleanse comes with a chart which indicates what the varying colours of the ‘goop’ could indicate about your detox. So far, we’ve all had liver colours, and metal deposits – even BuddyBoy had some once he started doing 20 minute sessions. There’s also been quite a bit of yeasty stuff floating around – gross!

Over the last week, we’ve seen: 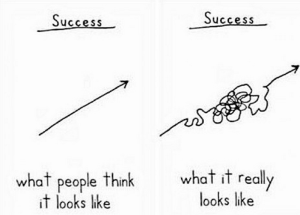 I am usually the first to play ‘devil’s advocate’ and obviously I can’t say that the IonCleanse is completely responsible for these changes. BuddyBoy will often go through a good few weeks and then crash – which he did shortly before starting the footbaths. I do feel that it is the detoxing that he’s able to do now with the IonCleanse that is helping him, and helping other supplements to become even more effective. The real test will be how long these changes last for – if we have seen no regressions by the end of the study it will be extremely unusual.

Disclaimer- so that I’m completely open and honest about this, I want you to know that we were provided with a free IonCleanse to use during the study, and we are expected to report to AMD about the results. AMD do not expect me to share our progress with anyone else, although I do have permission to do so. The IonCleanse is to be returned at the end of the study, unless we choose to purchase it at a discount. If anyone purchases an IonCleanse (which comes with a 100% money back guarantee – where else do you find that in the Autism world??) and mentions my name, I will get a referral fee. Which I will be putting towards the cost of purchasing the IonCleanse as we love it and intend to buy it when the study has finished!